How to use gitcd on the Command Line.

For convenience, you can call gitcd as a git sub command as well as directly. Therefore, you can replace "git cd" in any of the following commands with "git-cd" if you like it more.

Note: Python argument completion wont work if you use it as a git sub command!

The image below represents the configuration for gitcd itself. 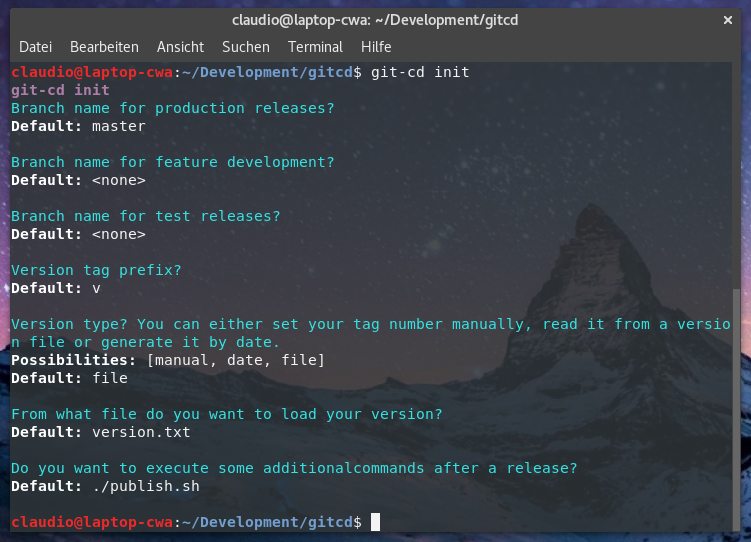 Gitcd is able to check your local version with the one published on pypi and upgrade itself if you wish so. 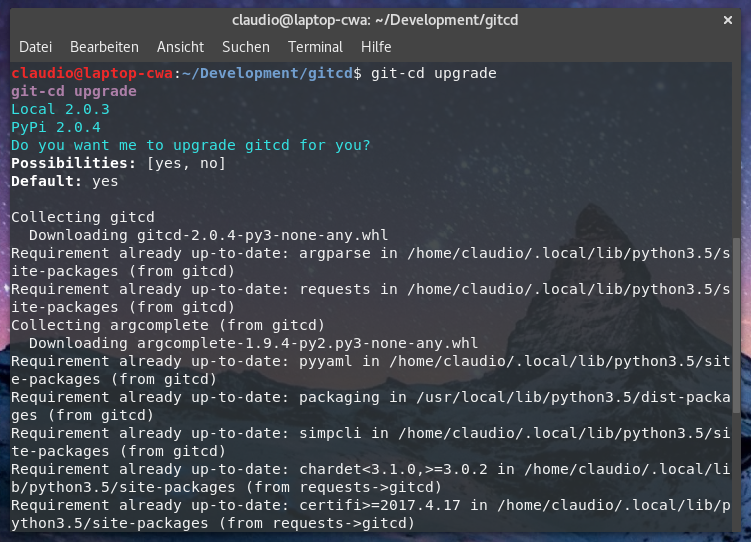 The tool is able to cleanup all local branches which doesn't exist on remotes. This is done with the clean command. 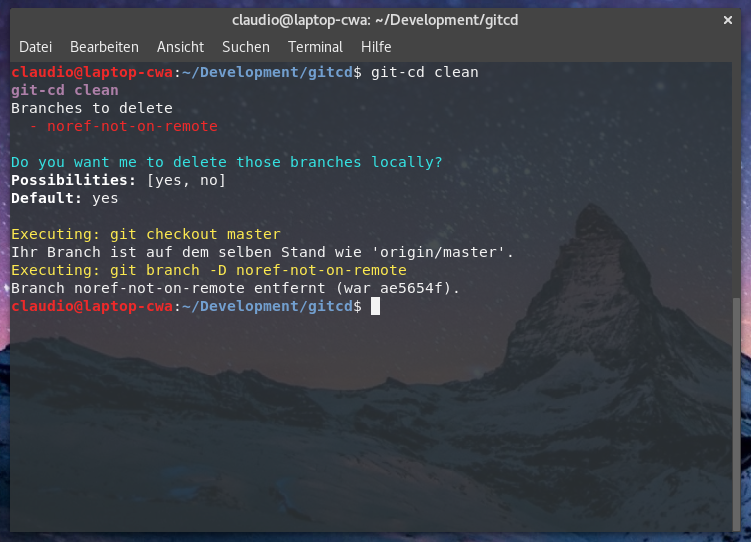 Starts a new feature branch from your master branch. If you don't pass a branch name, you will be asked later. 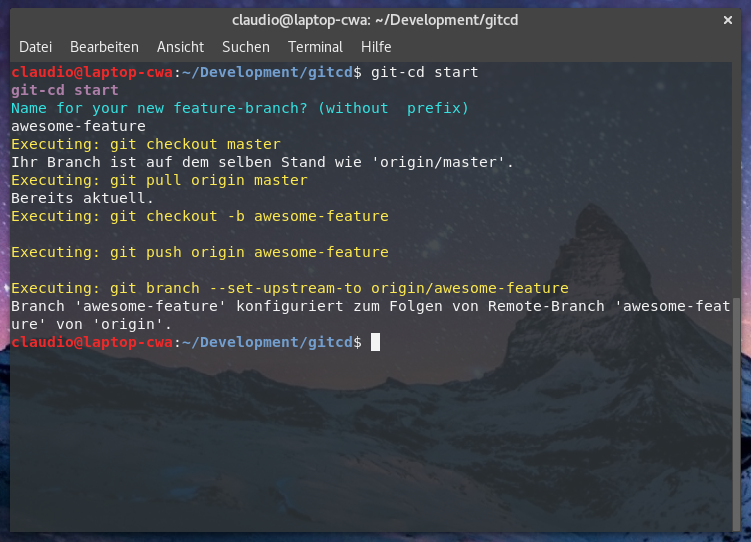 You might have a testing environment or want to run some integration test on a shared or common branch without the need to push out your feature with the next release. Therefore you can't merge it into the master. That's exactly why the git-cd test command exists. You might even have some dedicated tester checking the new feature on this specific branch. So to merge your new feature into your testing branch you call this command, if you don't pass a branch name, your current feature branch will be merged. 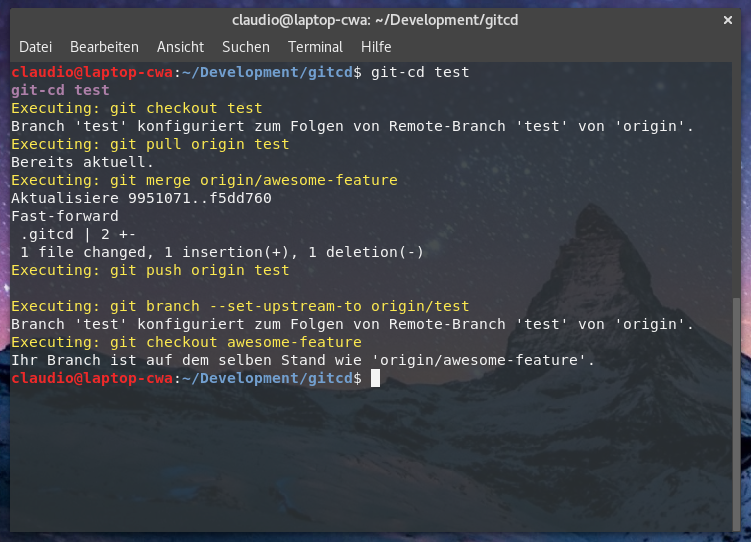 Opens a pull request to your master branch. If you don't pass a branch name, your current branch will be taken.

See the status of a pull request

You can see the status of a pull request directly in the command line. If you don't pass a branch name, your current branch will be taken. 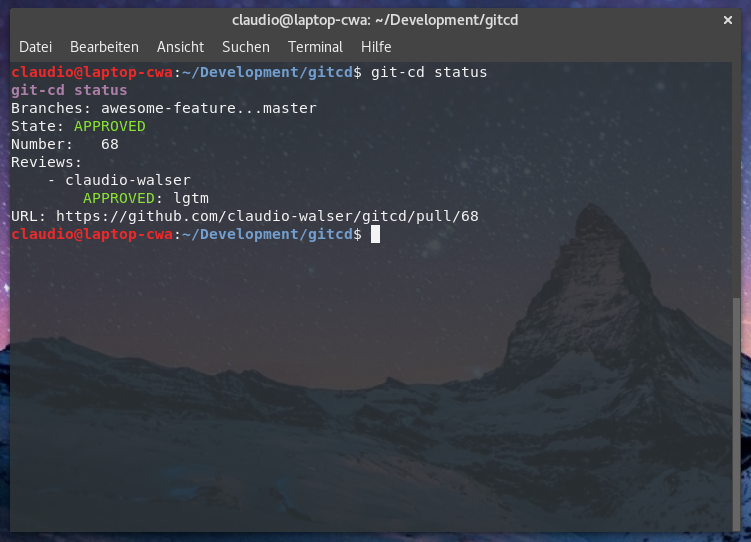 If your pull request got approved by a fellow developer and all your tests were running properly, you probably want to merge your feature into the master branch. If you don't pass a branch name, your current branch will be taken. 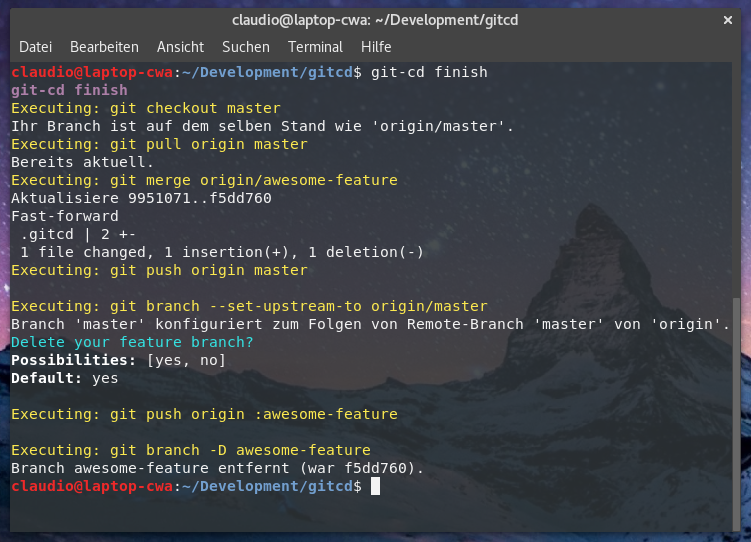 By now, your code is in the master branch. Personally, I always like to see what I am going to release by comparing the current branch (which is master after the finish) against the latest tag. If you don't pass a branch or tag name, the latest tag will be taken. 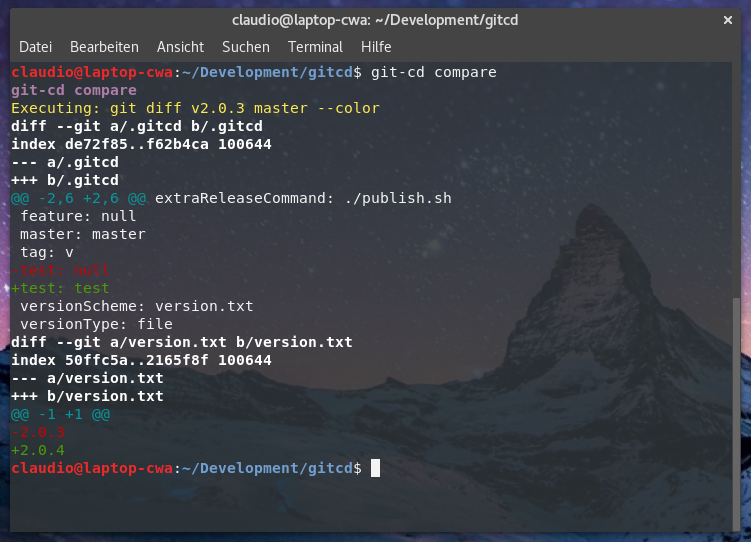 Now your feature is merged and you made sure you know the changes going out, you are ready to ship it. This command creates a new tag from the master branch and executes any command you've setup in the initialize command. 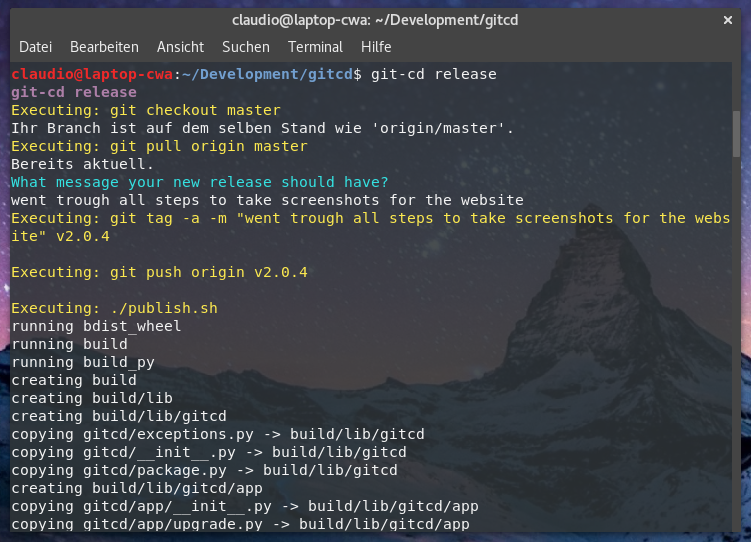